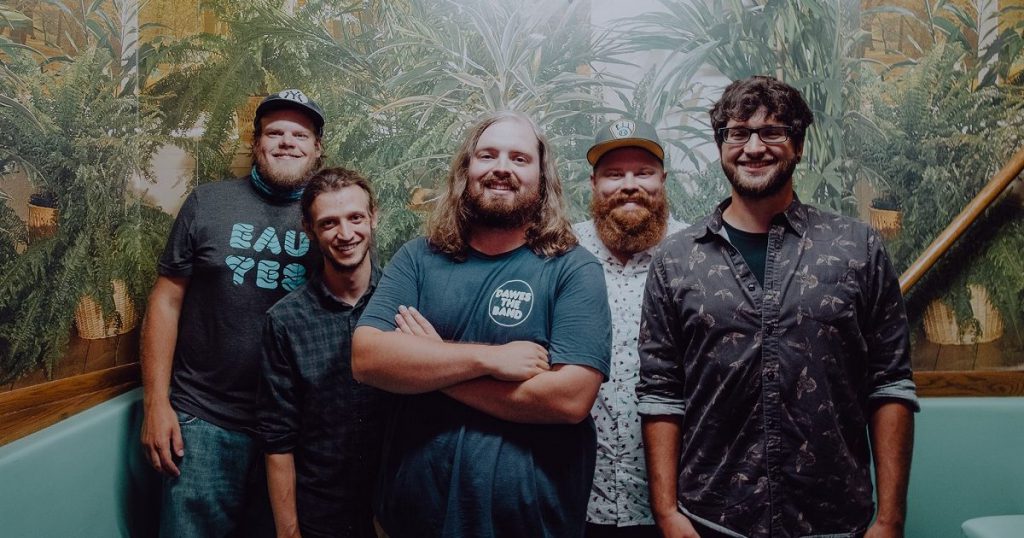 Them Coulee Boys craft a brand of Americana that blends folk, punk, bluegrass, and rock & roll. They sing their conversational songs in 4 part harmony, often with a banjo stomp and rhythm section punch that drives the audience onto the dance floor and into community. Their trusty van has propelled them thousands of miles across the country and into the hearts of strangers, who tend to leave each show as family. It’s music that creates community through the shared experience of joy and giving a shit.

The story is true. Soren Staff and Beau Janke met as counselors at a bible camp in northern Wisconsin in 2011. Having both grown up amidst a stretch of glacial melt-carved river valleys in the upper Midwest (called coulees by French fur trappers), they were fast friends. At camp, another counselor took to teasing them saying “them coulee boys are at it again.” The name stuck. Spending their weeks playing songs with kids around a campfire led to weekends figuring out an Avett Brothers tune or classic country song. In 2013, they added Soren’s brother Jens on mandolin, and a rough-around-the-edges, stomping 3-piece folk band played their first show as Them Coulee Boys. Four years later Neil Krause joined to play acoustic and electric bass, and in 2019 when Stas Hable joined on drums, TCB evolved into the full-on americana rock band they are today. The live band straddles the line between pure and genuine ballads and a sweaty, leaping take on countrified rock-n-roll.

With three full length albums and an EP behind them, including 2019’s Die Happy (produced by Trampled By Turtles’ Dave Simonett on Lo-Hi Records), the band has garnered international attention and earned press in American Songwriter and The Bluegrass Situation, as well as tours with TBT and a spot on the songwriter’s Cayamo Cruise. In 2020, they were named Milwaukee Journal Sentinel’s Band to Watch, and were nominated for band of the year by the Wisconsin Area Music Industry. When the world stopped in early 2020, the band holed up in their practice space and began writing, and the result is their brand new effort entitled Namesake.

A quintet who cheerfully disregard every kind of one-dimensional label that might be attached to their music, Fireside Collective has been on a roll since emerging five years ago from the fertile roots music scene of Asheville, North Carolina. In quick order, the progressive bluegrass group released its debut album, won the 2016 Band Contest at MerleFest, earned an International Bluegrass Music Association Momentum Band of the Year nomination and embarked on an ambitious touring schedule that’s earned an enthusiastic reception from traditional bluegrass to wide-ranging, eclectic music festival audiences alike.

​Blending the characteristic interplay of bluegrass instrumentation and harmonies with strong original material and exuberant energy, Fireside Collective has drawn on folk, blues, funk and a wide variety of bluegrass sounds to create a distinctive body of work that’s all their own.

Each member—Joe Cicero (guitar); Alex Genova (banjo); Jesse Iaquinto (mandolin); Tommy Maher (resonator guitar) and Carson White (upright bass)— brings a strong, original voice to his instrument, and the unique contributions of different lead and harmony vocalists complement the variety in the group’s many original songs. “Depending on where you come from and your experience with folk music, you may think we’re very traditional, or on the other hand, consider us a progressive act,” says Iaquinto. “We appreciate both ends of the spectrum and may lie on a different end on any given night.” But whether they’re bringing the classic sound of bluegrass or exploring new musical territory, Fireside Collective delivers a fresh, energetic approach and a blast of enthusiastic creativity that’s electrifying audiences across the country.