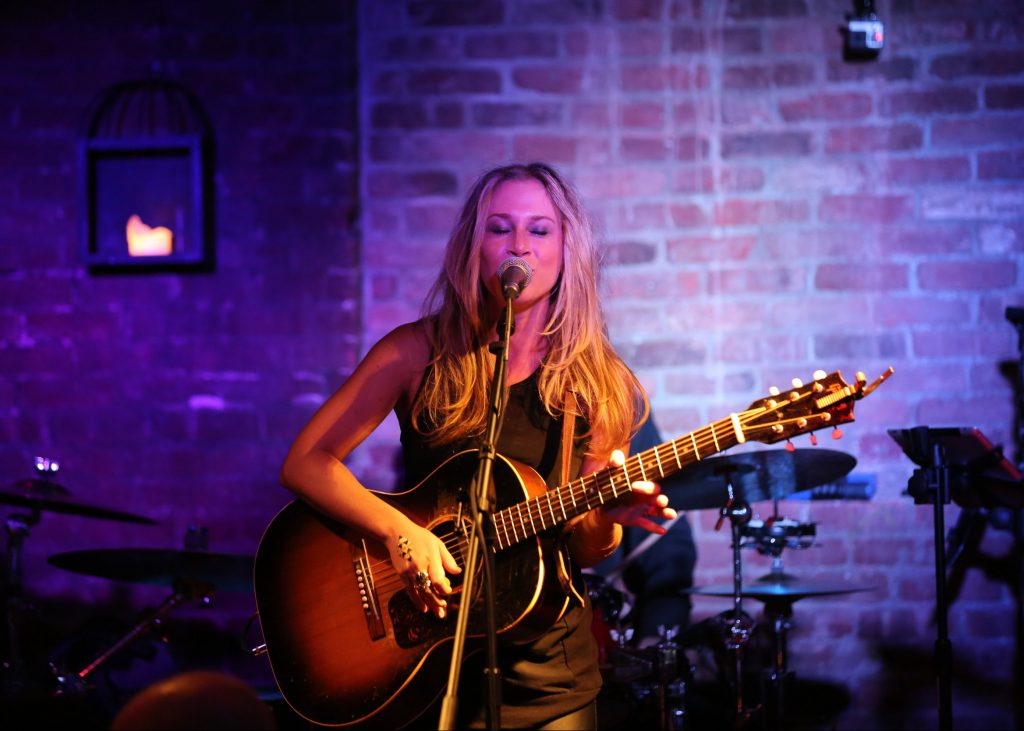 In a crowded social media driven marketplace, Toby Lightman’s pure and soulful voice connects with listeners emotionally and cuts through the noise. People Magazine agrees, stating that “Toby Lightman continues to shine a light on her knack for making rich, soulful pop”. In the 15 years since signing with a major label, Toby has developed and mastered her own sophisticated and unique urban pop sound.

Classically trained on the violin and self-taught on the guitar, Lightman was unaware of her vocal talent until high school. Her first solo appearance was singing Simon & Garfunkel’s “Bridge Over Troubled Water” at her high school graduation to 2,000 friends and family who were unaware that she harbored such talent. The overwhelming reaction from the crowd was what propelled her to buy a guitar and begin her journey as a recording artist. Lightman moved to New York City after graduating from the University of Wisconsin and signed a record deal with Jason Flom (Matchbox 20, Lorde, Jesse J) President of Lava Records with only 3 songs written.

Thrust into the spotlight, her debut album Little Things appeared on the Billboard Top 100 in its first week and gave way to comparisons to sultry songstress’ like Lauryn Hill, Sheryl Crow and Norah Jones. Darling to the normally harsh critics, Lightman received high praise from magazines like Rolling Stone, People, Billboard and others, which led to appearances on Letterman, Carson Daly, Conan, CBS Morning Show and more. Her second record, Bird on a Wire (2006), helped lead Lightman to enormous success in the film and TV industry with the single “My Sweet Song” being featured in the movie PS I Love You, starring Hilary Swank and Gerard Butler. She began and has continued to tour extensively, both solo and sharing the bill with renowned artists such as Rob Thomas, Jewel, James Blunt, Gavin DeGraw, Train, Marc Cohn, and one special evening opening for the legendary Prince, an artist that Toby grew up idolizing. Prince happened to be watching the night Toby appeared on Conan and was so impressed with her performance he invited her to open for him.