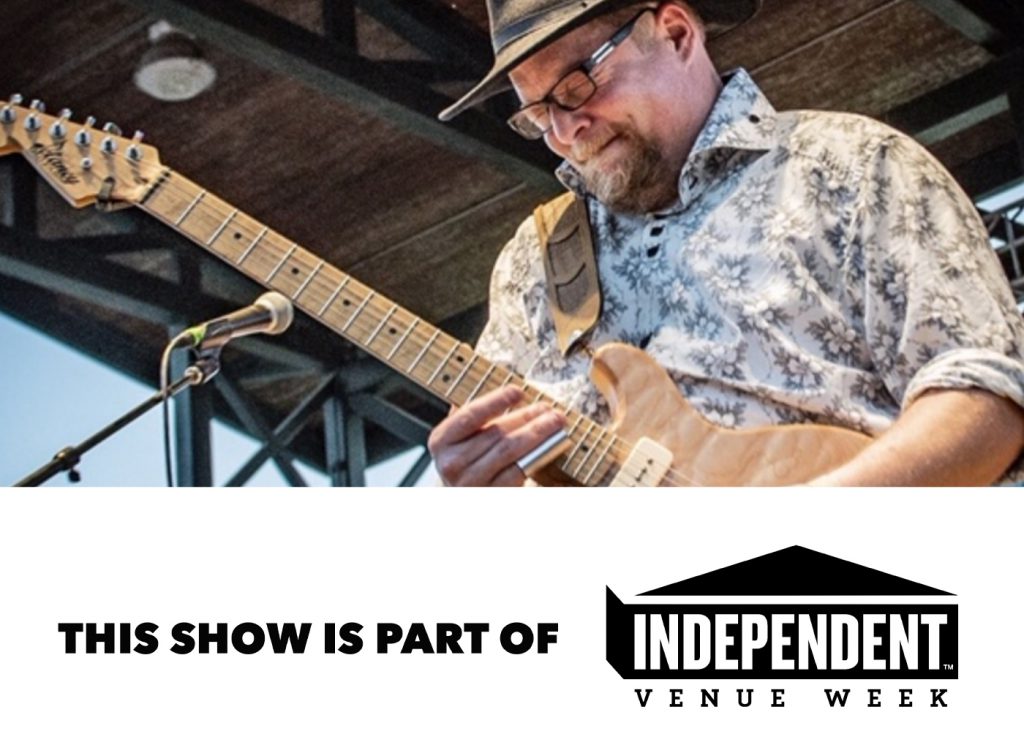 Tom Holland grew up on Chicago’s south side and was influenced by the city’s rich jazz and blues heritage from a very young age. His father’s love of music and vast record collection was the catalyst for Tom’s love of music, especially blues. He began playing guitar at age 13, learning by listening to Muddy Waters tapes, LPs, and CDs. Tom cites Muddy Waters, Earl Hooker, John Primer and Magic Slim as his greatest influences. By the time he turned 18 Tom was ready to start learning from the musicians on the Chicago blues scene. He started playing professionally in Chicago at age 19, landing his first gig with L.V. Banks, in a beauty salon on Chicago’s south side. He worked with L.V. Banks on and off for four years. It was also during this time that Tom was introduced to Muddy Waters last guitarist, John Primer.

John took him under his wing, and proceeded to give him an education in blues guitar. Tom toured the United States and Canada for two years with John as a member of his band, the Real Deal Blues Band. While in the band he recorded the 1998 Wolf Records release It’s a Blues Life. This was his first time in a recording studio and certainly not his last. It was also during this time that he formed the first incarnation of his own group The Shuffle Kings.

As the year 2000 approached Tom took his place as one of the top sidemen in Chicago. In late 1999 Tom was asked to join Chicago blues guitarist Eddy “The Chief” Clearwater’s band. He toured with Eddy Clearwater for three years as the bandleader, and toured across the U.S., Canada, and made his first trip to Europe. He freelanced with Carey Bell, Phil Guy, A.C. Reed, Atlanta vocalist Sandra Hall, and countless other Chicago bluesmen and women.

In November of 2003 he was approached by harp legend James Cotton, who was in need of a guitar player. He accepted and toured with James for 12 years. Tom played on both of James Cotton’s Grammy Nominated releases, Giant, and Cotton Mouth Man, both on Alligator Records. In 2013 Tom took the band back into the studio, recording No Fluff, Just the Stuff, on his own E Natchel Records imprint, which garnered rave reviews. Tom was also inducted into the Chicago Blues Hall of Fame in 2013 With over 24 years of stage experience under his belt, Tom Holland is, without a doubt one of the finest purveyors of classic Chicago Blues guitar styles.