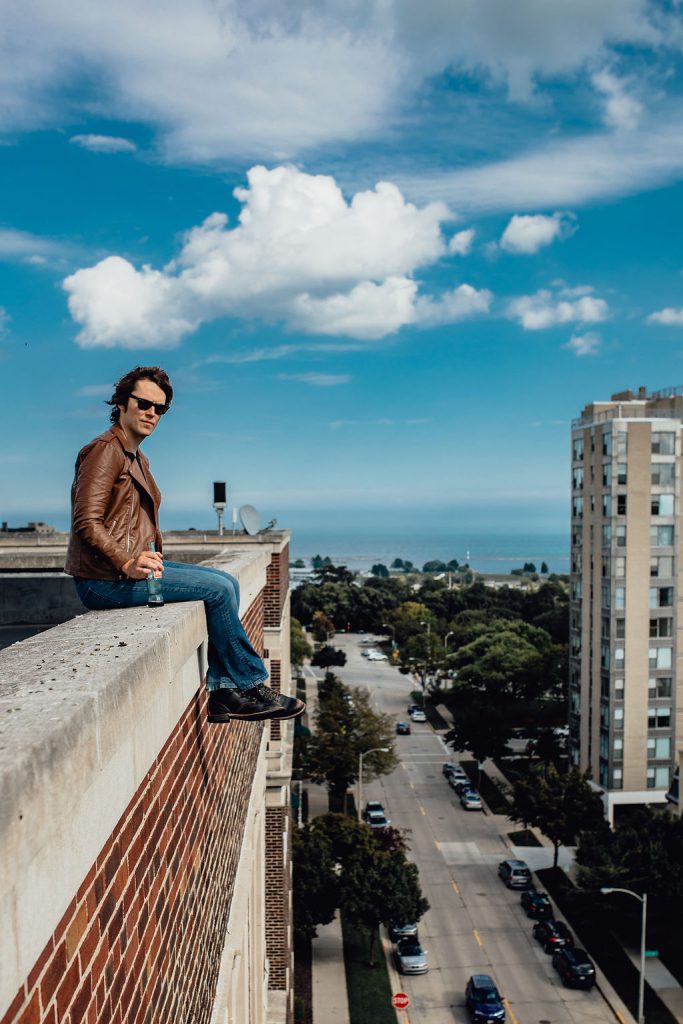 Trapper Schoepp was in a dark place.

The Milwaukee-based tunesmith had been on a roll, earning acclaim as one of America’s most gifted new singer-songwriters, singled out for his remarkably detailed tales of characters on the fringes of society. His Brendan Benson-produced second album, 2016’s RANGERS & VALENTINES, was hailed among that year’s finest, declared a “mini masterpiece” by Relix after being named Billboard’s “Best of the Week.” But by the time 2016 came to its end, Schoepp had split with his longtime partner, been all but forced out of his longtime home and band clubhouse by a new landlord, and worst of all, painfully re-herniated a disc in his back that had plagued him for years.

“And then on top of all that,” he says, “We got a new president. That put me into an even darker space.”

Heartbroken but unbowed, Schoepp found solace and direction in his music, devoting his substantial energies to crafting what now proves his most emotional and expertly crafted collection of songs thus far.

“Not that I had any doubts about the direction of my life,” he says, “but I’m approaching 30 and I’m alone. I’d graduated college, I’d toured the world a few times over, been through a couple of record deals, I’d played shows with some of my idols, put out some records. All of a sudden I wondered, what’s next? Where do I go from here? What happens now?

“I came to a bit of a standstill for the first time in my life. And PRIMETIME ILLUSION is what became of that. I was in a rut and these songs were my way of writing myself out. What could be more classic singer-songwriter than that?”

Produced in Milwaukee by Patrick Sansone (Wilco, Robyn Hitchcock), PRIMETIME ILLUSION sees Trapper Schoepp reaching for his own place in the canon with a truly remarkable collection of character-driven songs and stories, a carefully etched series of sonic snapshots in which people we all know struggle to fulfill their own American dream.

Schoepp credits a couple of significant events with getting him out of his ditch and back in the game. He’d told a few friends about his desire to perhaps try working on a baby grand piano, despite his inability to play the instrument. In December 2016, he returned home from another long tour and lo and behold, said friends had arranged for one to be sitting in his living room when he got home. Schoepp spent the next months teaching himself to play the hundred-year-old instrument, writing songs like “Drive Thru Divorce” and “It’s Over” using only white keys.