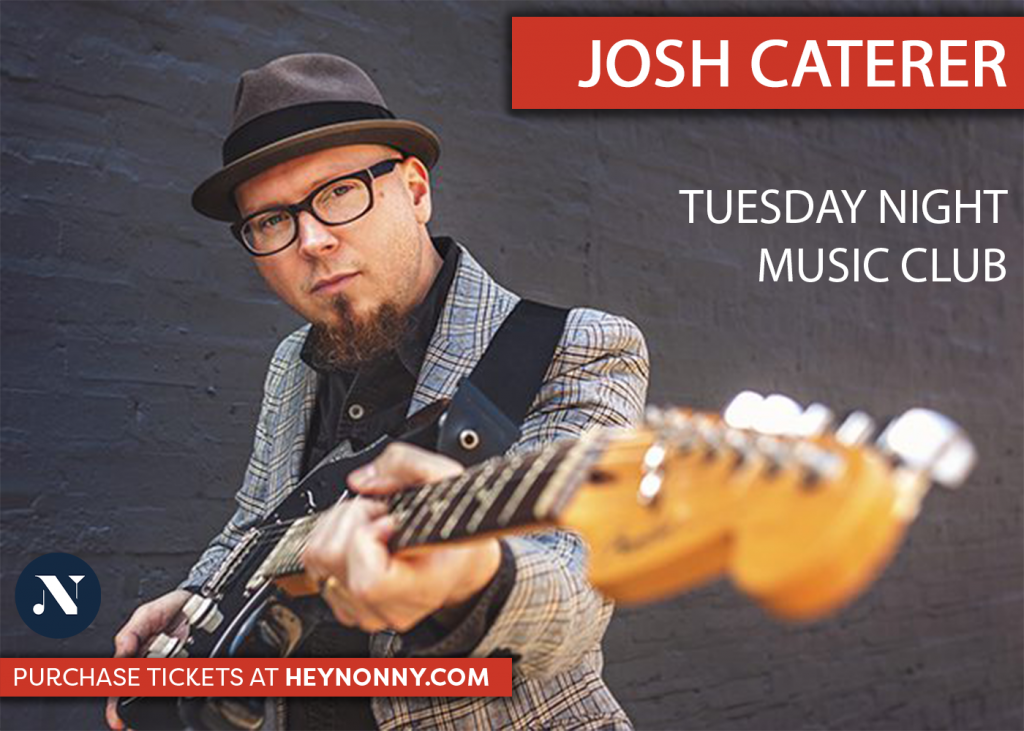 Our brand new series will take place on the first Tuesday of every month and will feature a star of the Chicago music community, joined by whatever collaborators they choose. We cannot wait for Josh Caterer and his friends (Dag Juhlin and John San Juan) to kick off the Tuesday Night Music Club for us!

Josh Caterer (founder of Smoking Popes) grew up in Carpentersville, and now lives in Aurora. In 1991, Josh formed Smoking Popes with his brother. They released their first album (Get Fired) in 1993, but shot to national fame after opening for Green Day and releasing their second album (Born To Quit) in 1995. The single from that album, “Need You Around,” was included in the soundtrack to the movie Clueless and the Popes’ career took off, until breaking up in 1998. The Smoking Popes have reunited several times since for shows and albums. But in the meantime, Caterer has adopted an additional musical mission as a church musician. He presently serves as Pastor of Worship at Village Bible Church in Sugar Grove, Illinois.

John San Juan is a veteran singer/songwriter/multi-instrumentalist, primarily beloved for his original work with the (undeniably cultish) Hushdrops, but also easily found over the years on records and stages with the likes of Josh Caterer, Liam Hayes, The Webb Brothers, Apocalypse Hoboken, Ness, The Ready Freddies, Material Issue, Phil Angotti. Between his disarming baritone (a real “flyover state Scott Walker”), his bottomless songbook (expect the unexpected), and his litany of dad jokes (some of them musical), he’s a riveting one man show.

With a career that dates back to the early ’80s with his raucously melodic cohorts, The Slugs, Dag Juhlin should by all rights be slowing down now. But he’s arguably busier than ever before, and undeniably making the best music of his life. Along with drummer Freda Love Smith and bassist Jackie Schimmel, the three, as Sunshine Boys have released two universally lauded LPs since the band’s 2016 inception. Their debut LP Blue Music was named 2018’s Record of the Year by both Secret Weapon Radio and Twirl Radio, and legendary rock writer Ira Robbins (Trouser Press) praised the album for its “stirring songwriting, imaginative playing, space-filling arrangements, summery backing vocals and that peculiar Midwest gift for making plain speaking so powerful.” Of 2020’s Work and Love, Robbins said it’s “…even better: more electric in energy.”

Dag also fronts the freewheeling cover band Expo’76, plays guitar alongside Cubs broadcaster Len Kasper in Sonic45 (both bands have graced the Hey Nonny stage) and has been with legendary Chicago band Poi Dog Pondering for over a quarter of a century. With no plans to slow down, Dag has a wide-ranging night of music and stories in store for Hey Nonny.