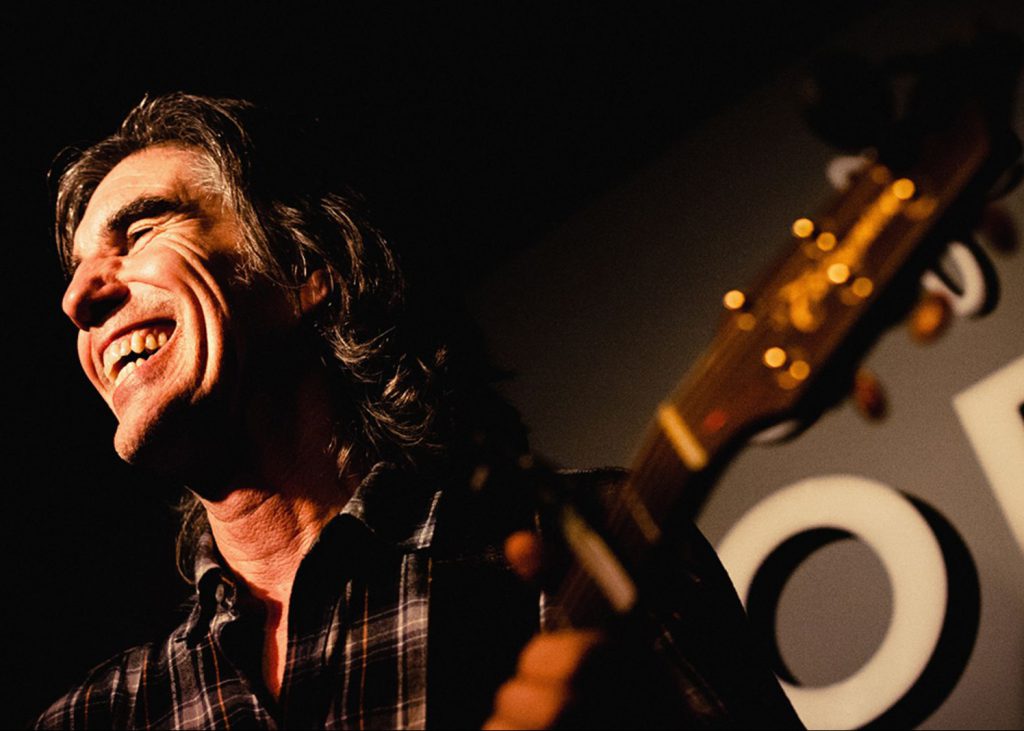 Walter Salas-Humara (of The Silos)

A Cuban-American whose parents fled Castro’s Havana with him still in the womb, Walter Salas-Humara was raised bilingual just across the Florida Straits in Fort Lauderdale. College at University of Florida in Gainesville and a residency with the Vulgar Boatmen left him with a lifelong habit of Mudcrutch/Tom Petty-style crunchy guitar riffs. Chasing the punk prairie fire to New York just in time to sift through the ashes, he formed The Silos in 1985 with guitarist Bob Rupe and violinist Mary Rowell, plugging the main cable of American rock idiom into the jerry-rigged soundboard of Velvets-era feral experimentalism. The unlikely result, as evidenced by About Her Steps (1986), the seminal Cuba (1987) and their RCA debut The Silos (i.e., The One with the Bird on the Cover, 1990) was a loose-limbed conceptual country-rock that in turn influenced (if not outright inspired) the alt-country No Depression movement just around the corner. The band was voted Best New American Band in Rolling Stone Magazine’s Critics’ Poll of 1987 and appeared on Late Night with David Letterman in 1990.

With this apocalyptic agrarianism safely encoded in his band’s name, Salas-Humara moved on once that lineup had run its course — taking with him not the country revisionism that by now could have sustained him in an endless holding pattern, but rather the Lower East Side’s fervid avant-gardism, that high-test mixture of aggression and dissonance the neighborhood wears like a jailhouse tattoo. He forged connections in Austin, another lost outpost tailor-made for his particular set of influences, where he formed the poor man’s supergroup the Setters with songwriters Michael Hall of the Wild Seeds and Alejandro Escovedo of the True Believers. Moving to Los Angeles, he recorded and toured with Tom Freund, Manny Verzosa, Jon Dee Graham, Gary Sunshine and Darren Hess. Those middle records – Hasta la Victoria! (1992), Susan Across the Ocean (1994), Heater (and its remixed mutant twin Cooler) (1998) validated the early acclaim and expanded Salas-Humara’s reputation as one of the finest songwriters working in the American vernacular. In 1998, Salas-Humara moved back to New York and formed Silos 3.0, with Konrad Meissner on drums and Drew Glackin on bass and guitar.